You are here: Home / The ISTC promotes better scientific and technical communication / About the ISTC / History of the ISTC / John Crossley MCIM MISTC LGGI

John, an ISTC Council member until 2002, passed away in October 2004. His College of Technical Authorship had been helping students to pass the City & Guilds 5360 qualifications for more than a decade. His exemplary service to our profession as an educator was recognised in 2002, when he was selected for the Horace Hockley Award.

John’s career began in 1943, when he became an apprentice with the Avro aircraft company and worked on Anson trainers, Lancaster and Lincoln bombers, York freighters, civilian Tudor airliners and, eventually, the Vulcan bomber. This was a second choice for him — he really wanted to join the RAF but was rejected because of poor eyesight.

After his apprenticeship, he tried to use his Aircraft Maintenance Engineer’s Licence to see the world. However, after seeing little but aerodromes and discovering that he suffered from hay fever, he soon returned to the aircraft manufacturing industry — ‘away from all that grass’, as his doctor put it.

John’s adaptability was tested to the limits, as his career passed through general engineering and marketing, punctuated by six redundancies over the years. Each time, he bounced back, studying a new skill and then finding ways to make a living from it.

When he decided to establish a distance-learning college for technical communication students, he took the Diploma in Distance Education to base it on ‘a proper foundation’, to quote him. More recently, he achieved ISO 9001 registration and became a preferred supplied for the MoD’s Career Transition Partnership.

I first came to know John through a different distance-learning college, when he tutored me for the Chartered Institute of Marketing’s Certificate in Marketing. His comments were so thorough and helpful that, some time later when I was trying to develop a portfolio of freelance work, I contacted him and asked if I might tutor students for his College. In the years since, John was never anything but kind, courteous and encouraging.

I shall miss our regular correspondence and the shared satisfaction we felt each time a student passed his or her exams and began work as a technical communicator. He taught me that it is never too late to try something new and I hope I still enjoy my work as much in 30 years’ time as he did. My thoughts are with his wife, Hilda, and brothers, Alan and Derek. 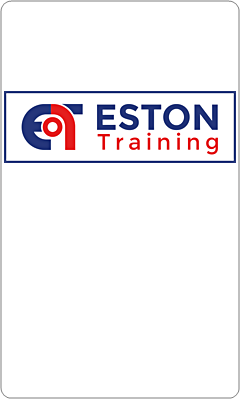