The ISTC award for outstanding service to the ISTC was introduced in 2004. An occasional award, when a deserving individual is identified, it is issued in recognition of the hard work and commitment of individuals who have helped the ISTC to achieve and exceed its goals.

Who was Mike Austin?

The Mike Austin Award is an occasional award presented for outstanding service to the ISTC over a period of time in recognition of hard work and conduct of an individual who has helped the ISTC to attain and exceed its objectives. This year the ISTC Council has made the award to Katherine Judge FISTC.

Katherine was Commissioning Editor of the ISTC journal, Communicator 11 years, stepping down in June this year. Under her editorship, Communicator has won numerous awards over successive years. Katherine has always been diligent in researching material, exploring trends and reaching out to experts. She has ensured that our readers have a variety of material, always relevant and forward looking. Katherine was consistent in her commitment and dedication to the ISTC as Commissioning Editor and as the journal’s representative on the ISTC Council.

Council presented the award to David Farbey for outstanding service as ISTC member and as influential Council member for nine years. His contribution includes responsibility for Learning and Professional Development (including establishing the Continuing Professional Development Programme) and the TCUK Conference between 2012 and 2015 inclusive. David was present to accept the award and talk of his experiences.

Here is David’s response to receiving the Award.

Peter Fountain joined the ISTC in 1984 and became a Fellow in 1997. He became an ISTC council member in the mid-1990s, and has been honorary treasurer since 2002. Here are his thoughts on receiving the award.

Linda Robins first joined the ISTC council 12 years ago. During this time she has helped create and develop the hugely successful junior mentoring scheme, served as part of the membership group, and has been the head judge for the UK Technical Communication Awards. Linda continues to be very active on council leading the membership group and acting as temporary lead of resources. Here are her thoughts on receiving the award.

Paul Ballard was honoured with the Mike Austin award in recognition for his continuing work on the ISTC council. Paul has worn many hats during his time on council. He has been involved in marketing the society, organising TCUK, as well as doing a fantastic job as President. Paul is still active on council and has recently taken over leadership of the UK TC awards. Here are his thoughts on receiving the award.

Theresa Cameron became a member of Council shortly after joining the ISTC as a Member. She served as International Lead and TCeurope representative from 2006-2013, and as President of INTECOM (the international umbrella for technical communications) from 2008-2010. She has worked tirelessly to promote the ISTC internationally and to make sure our voice is heard. She continues to speak at conferences and write articles relevant to the technical communication industry.
Read her acceptance speech here.

Tony Eyre and Nick Robson were jointly honoured with the Mike Austin award for their continuing voluntary support to Communicator across many years. Here are their thoughts.

“Margaret has been a fantastic source of advice and inspiration on the ISTC discussion groups, and gives freely of her time to fellow members”.

This is one of many comments I received from fellow ISTC Members who felt that Margaret should be recognised for her voluntary contributions to the member community. Margaret has never served on Council nor led a particular project for the ISTC, but she represents the kind of contribution that any member could make. She keeps up-to-date with her particular area of specialism (the vagaries of MS Word in her case) and provides practical, useful and consistent help when someone has a problem that she knows she can help solve.

Margaret attended the TCUK Conference in Newcastle upon Tyne this year and accepted her award with the following (typically modest) acceptance speech:

“Well, first of all – thank you. When I heard I’d been nominated for this award I was actually rather nonplussed. In no way is it false modesty to say that my contribution to the ISTC has really not been outstanding. There are so many people, both on the committee and off it, who have done and will do so much more for the ISTC. However, I then realized that this is a lifetime award, which I take it means you have to be well ripened but not completely decomposed. So at least in that respect I’m well qualified.

Talking to people at the conference has really brought it home how long it is since I started my career (it’s 39 years ago that I started as a trainee with ICL). It’s been good to share a few war stories as well as catching up with what’s happening now and in the future. The ISTC is certainly not a backward-looking organisation, and I think we should all be very proud of its professionalism and outreach. This conference, the Communicator journal, the newsletter, the website, the online and area groups, all show how well we technical communicators communicate, and how well we can support each other. So, thanks to you all for the award, and even more – thanks for the ISTC.”

As part of the awards ceremony at Conference, I was very pleased to be able to present the Mike Austin Award for Services to the ISTC to Marian Newell.

The Mike Austin Award is an occasional award presented to someone who has made an outstanding contribution to the ISTC. It was first presented in 2004 following the passing of Mike Austin, a distinguished technical author and former Vice-President of the ISTC.

Marian is a worthy recipient of this award as she has provided outstanding service to the ISTC, both internally (as Editor of Communicator) and externally (in forging relationships with organisations such as PARN). She has performed tirelessly for the ISTC over several years and raised the image of Communicator to its current high standard. She is always ready to volunteer for projects and acts as a stabilising force that has prevented me (and my predecessor, Gavin) from making a complete mess of things on more than one occasion. In looking back through ISTC Council Meeting minutes, her name crops up regularly in several different contexts. I am sure that you will all agree that it would be difficult to find a more qualified recipient and will join with me in congratulating Marian on this award.
Simon Butler, ISTC President 2008

Council has awarded the 2007 Mike Austin award for outstanding service to the ISTC to John Young. The award is presented to someone who has made a considerable contribution to the ISTC over a period of time. With 27 years’ service on Council, John has certainly done this.

John began his Council career while Secretary of the ISTC’s Wessex Area Group, at which time he was already a lecturer on the Technical Authorship course at Chippenham College. He worked at the college for many years and made it a centre of excellence for the training of technical authors. He was a popular and effective teacher, establishing strong links with industry to the extent that Chippenham graduates were always in demand. John brought all these skills into Council when the opportunity arose for the ISTC to run a training course, develop a syllabus and launch examinations.

In 1991, John took on liaison with the National Council for Vocational Qualifications and set up a working party. This paved the way to the development of occupational standards in technical communication. He was also the ISTC’s link to the City and Guilds of London Institute throughout his time on Council, maintaining the relationship through the difficult times when C&G would not continue exams unless they were self-financing. He played a key role in keeping the technical communication qualifications alive.

John resumed leadership of the Education Steering Group in 2004. He liaised with the University of Portsmouth during the establishment of its new postgraduate qualification. In 2005, following John Crossley’s sudden death, he arranged for the ISTC to purchase the course materials from the estate and offered to set up ISTC Training. Later that same year, the C&G announced its decision to withdraw its qualifications. This was just another challenge for John, and he soon established a working group to develop replacement qualifications. He has written course materials, tutored students and recruited new tutors. Although he has retired from Council, John remains involved in course and examination development.

His legacy will be the ISTC’s first provision of education and qualifications.
John, the President, Council and members of the ISTC thank you for your commitment to the ISTC as an organisation, and for your years of service to the training, development and growth of technical communicators in general.
Simon Butler, ISTC President 2008

Iain Wright FISTC, joined the ISTC council in 1998 when he took over the ISTC web site. In October 2000 he became President, and continued in this role until September 2002. During Iain’s time many changes for the better came about, including a major financial restructuring that saved the ISTC from financial ruin, a new look “Communicator” was introduced, the ISTC newsletter became a regular on-line publication, the ISTC’s new handbook “Professional Communication and Information Design” was published and an on-line discussion group was established for all members. Iain was also instrumental in introducing a brand policy for the ISTC and the Business Affiliate scheme which has been a great success. Iain also brought us into the European Community when we became a founder member of TCeurope in 2001 and we have taken part in many European projects since then. 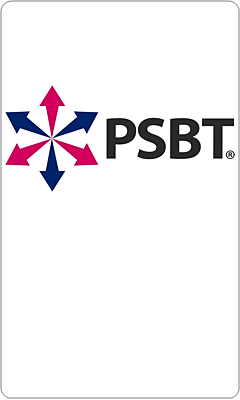