You are here: Home / Guest Blog / Communicator and Science

A blog post from Katherine Judge, Commissioning Editor, ISTC Communicator.
The ISTC is the Institute of Scientific and Technical Communicators. While Communicator normally contains lots of articles on technical communication there’s little if any content related to scientific communication. I’m trying to work on ways to redress the balance.

Background of the ISTC

The ISTC was formed in 1972 as an amalgamation of the three organisations, one of which was formed in 1948. The ISTC website contains information about the history of the ISTC.
From its beginnings, the ISTC has focused on science related communication as well as the documentation of technology. In 1992, the science broadcaster and writer Judith Hann gave the Horace Hockley Memorial Lecture on popularising science on TV, and there have been some Communicator articles which have specifically covered science communication.

I have been getting quite involved in science recently. With my young family I attended the Butlin’s Astonishing Family Science Weekend at Bognor Regis in April 2016. This was a fantastic weekend full of fun about science and we all learnt a great deal.
We used a real Engima machine during a code-breaking session run by Bletchley Park. We did Maths – for fun – at an easy to understand workshop where we worked together to solve problems, and the workshop leader said we should be embracing the fun of science and maths all the time.
We walked (or rather, my son walked) on custard, during a drop-in activity from the University of Plymouth demonstrating physics. This was fun – but also educational. (If you want to find out how walking on custard works you can watch a YouTube video from the Brainiac TV programme.
We copied step-by-step drawings from Horrible Science, which are not only a form of science but also a form of technical illustration: that is, a technical scientific subject conveyed in a meaningful, accurate and easily understandable format for its audience. We made lip balm, following both written and verbal instructions, showing how chemicals bond together to form something useful.
Combining science through explosions and experiments was an entertaining experience when we watched Brainiac Live and the Gastronaut, Stefan Gates, on stage. They communicated the science through enthusiasm, clarity and visual effects. It was a good introduction to communicating science in an easy to understand format, designed to be relevant for the 6 to 14 age group. It was verbal, it was visual, and it was viscous!
So, having seen for myself how exciting science can be, I was enthusiastic about the idea that we should have more science in the ISTC, and in Communicator in particular. But who communicates science?

Later the same month, I attended a free one day Symposium run by the London SciComm Social group. Over 100 people took part, all of whom work in communicating science in various roles. Some work in Public Engagement, some in Research and some in PR. Some participants, like me, were simply interested in science communication. The average age of participants seemed younger than the average age of TCUK conference attendees, but it’s well known that technical communication is often a second career, which would account for the older age range. The atmosphere at the Symposium was definitely young and vibrant, with engaging and enthusiastic presenters and an equally eager audience. I found it fascinating to meet this group of science communicators and to hear about the issues that concerned them. It was clear to me that while technical communicators and science communicators work in very different situations, there are plenty of concerns we share in common.
There were three main sessions: “Research is the start of communication” which explored the relationships between funders, universities, membership organisations and learned societies; “Not everyone in science is a scientist”, which looked at informal science communication; and “It’s all about the content”. Each session had a number of different presenters who were each given 8 minutes to speak followed by a panel at the end of the session to ask questions. The range of topics and opinions touched on in these sessions showed how broad science communication can be.

I’ve found out that there are plenty of free local events on science in various parts of the UK, including SciComm events in London, Birmingham and Scotland. There are monthly Café Scientifique events in locations around the world. Café Scientifique describes itself as “a place where, for the price of a cup of coffee or a glass of wine, anyone can come to have a conversation about the latest ideas in science and technology.” There are also monthly PubhD events at different locations across the UK, based around the premise “Can you explain your PhD in the pub?”.

The ISTC, Communicator and Science

Katherine Judge FISTC is Commissioning Editor of Communicator. A role which she’s held for 6 years. She first joined the ISTC in 2001 and has been on the ISTC Council since 2010. She previously worked in the software industry as a technical author and course developer.
Email Facebook Twitter 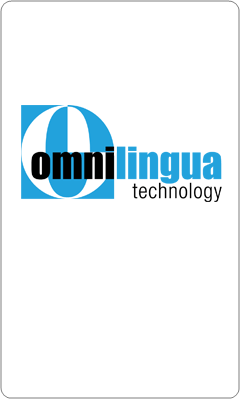